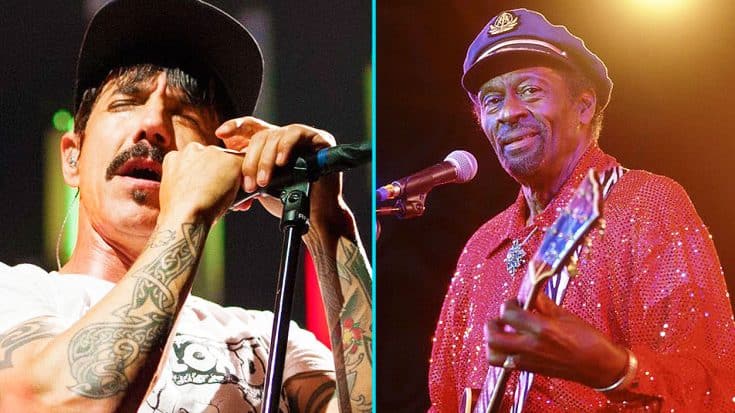 Deep Down In Louisiana Close To New Orleans….

It’s been almost a week since rock n’ roll legend Chuck Berry passed away. Since his passing, numerous tributes from artists of all genres have come pouring in. If there’s a band on tour right now, you can almost guarantee that they’ll bust out a Chuck Berry tribute at some point during their set.

A few nights ago, the Red Hot Chili Peppers took the stage at Rogers Arena in Vancouver, and paid their homage to the great guitar and rock icon. In the middle of their set, guitarist Josh Klinghoffer led the band into a rockin’ cover of “Johnny B. Goode.”

Everyone in the arena immediately identified the song once he began playing the opening riff, and went into a frenzy of joy. Their cover was honorable, and after the first verse and chorus, they transitioned into their hit “Me and My Friends.” But at least for a moment, they paid their respects to one of rock n’ roll’s pioneers.

Check out the amazing moment down below, and let us know what you think!