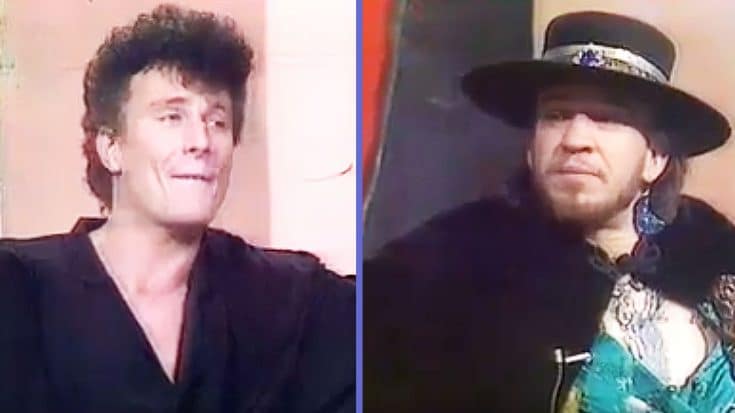 This Interviewer Is At A Loss For Words

Now let’s be honest, if you were sitting feet away from the Stevie Ray Vaughan you’d be starstruck, too. The late, great Stevie Ray Vaughan was without a doubt one of the absolute greatest guitarists that has ever wielded a six-string axe. Even 20+ years after his death, he is regarded as one of the most influential guitarists of all time. He is often imitated, but never duplicated. He was one of the best, pure and simple.

These days, if you’re able to get your hands on a bit of rare footage, whether it’s a performance or an interview, you’d be one of the lucky ones. Anything that Stevie Ray Vaughan was involved in was amazing by default. Even an awkward interview. Here’s the proof.

What you’re about to watch is a video in which Stevie Ray Vaughan is interviewed by someone who is clearly starstruck, and it’s rather obvious. See for yourself!