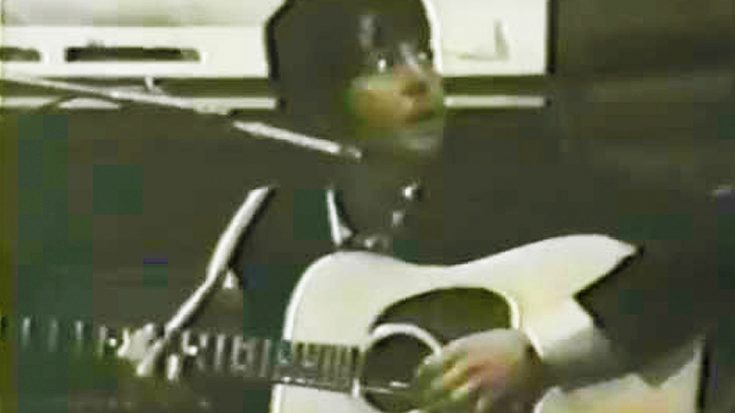 This is a piece of history

There’s no denying that The Beatles changed the course of music history forever. Even after they were finished, and their run as a “band” came to an end, they individually had amazing careers as solo artists.

The Beatles only lasted together about 10 years, from 1960-70. One of their final works was their album The Beatles, or what many refer to as The White Album. During the recording of the album, someone in the studio captured this amazing footage down below. It’s bassist/lead singer Paul McCartney laying down the original track for the band’s song “Blackbird.” You can see the shoes McCartney wore that were recorded for the song’s beat (we’re assuming, but it’s still a mystery to some), and also see McCartney chatting it up with the producer, or engineer of the album!

Fun facts: Only three sounds were recorded: Paul’s voice, his Martin D-28 acoustic guitar, and a tapping that keeps time on the left channel.

This tapping sound is a bit of a mystery, although in the Beatles Anthology video McCartney appears to be making the sound with his foot. Some sources have claimed it is a metronome.

The birds were dubbed in later using sound effects from the collection at Abbey Road, where the song was recorded.

If you’re a fan of the Beatles, you’ll love this amazing footage! Check it out down below, and let us know what you think!