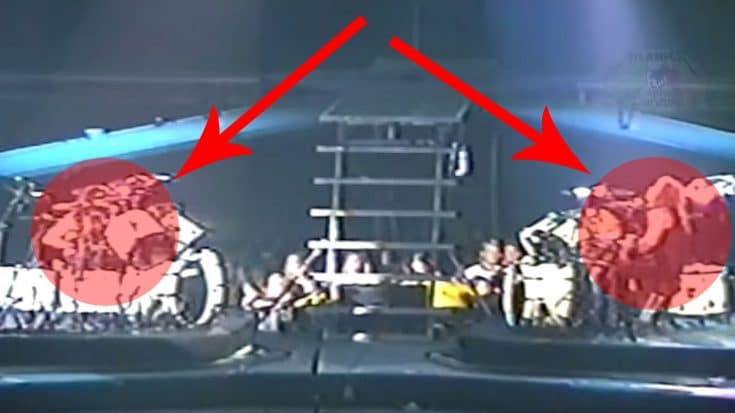 The Fight Of The Century!

If you’ve ever been to a Metallica concert, than you’d know just how amazing those concerts are. Metallica really do pull out all of the stops at their live shows. Whether it’s pyro, drum battles (as you’ll see), or simply their amazing instrumentation, Metallica’s live shows are a can’t-miss event when it rolls through your town. Their concerts are some of the best pure and simple.

Back in the late 80s/early 90s, Metallica would dedicate a good portion of their live show to a hilariously epic drum battle between drummer Lars Ulrich and frontman James Hetfield.

If you were lucky enough to see one of these drum battles live, then you’d know that this was definitely one of the best things about the show. Here’s the proof!