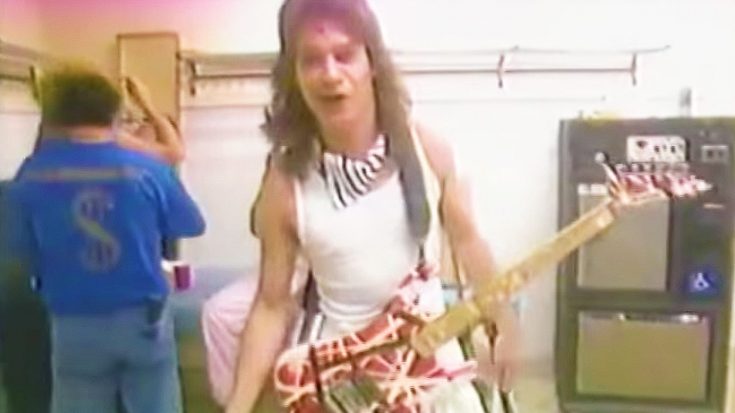 No animals were harmed in the making of this video

Eddie has always been great at what he does, because he was so innovative with his instrument. The effects he used back in the day were next level, and he was always introducing new ways to play the guitar. We’ve dug up some rare footage of Eddie back stage messing around with his guitar! While messing around, Eddie turns to the camera and makes the sound of an elephant and a horse on his guitar! It’s absolutley crazy! If you close your eyes, you could swear that it was an actual elephant or horse you were hearing!

Fun Fact: Eddie Van Halen insists that there is a mistake in “Eruption” near the beginning. “Whenever I hear it, I always think, Man, I could’ve played it better,” he said. This is a great argument against perfectionism.

Check out the amazing tricks down below! Your jaw will hit the floor!