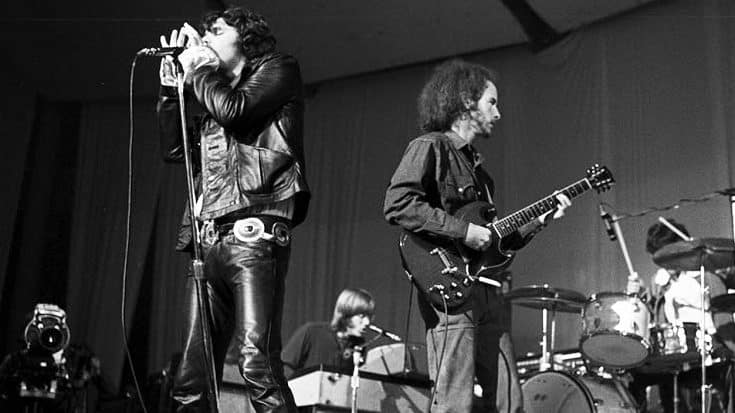 Image via FRS Daily Journal Plus

Later this year, The Doors will be celebrating the 50th anniversary of the release of their debut album. The disc is supposed to include the original album, as well as multiple unreleased tracks, demos and live recordings. One of these live recordings has finally leaked.

The leaked track is a live recording of the band’s hit “Twentieth Century Fox.” This version was recorded at the Matrix, in San Francisco back on March 7th, 1967. The recording sounds incredibly amazing, and raw. Obviously they remastered it a little bit for the special release, but other than that, it’s like you’re being transported back to the 1960s! It’s absolutley phenomenal to hear Jim Morrison’s voice again, as well as the rest of the band!

Fun Fact: This song is about a fashionable, but unfeeling woman. The title is a play on words – it’s the name of a popular movie studio, but Jim Morrison’s lyrics refer to a girl – “fox” was a popular term for a pretty girl at the time. The movie studio is used to represent the woman in the song, who is glamorous, but artificial.

Check out the amazing live version down below and get psyched for the anniversary release!