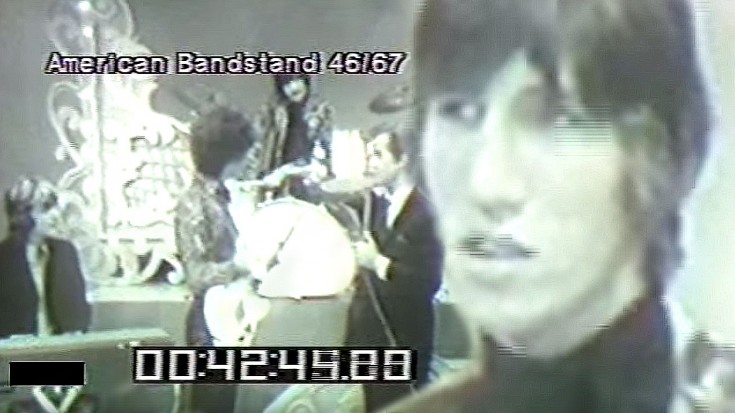 Long before international tours centered around multi-platinum concept albums, Pink Floyd made their first US appearance on Dick Clark’s American Bandstand in 1967. This performance, featuring Syd Barrett on vocal and guitar duties that would later be fulfilled by David Gilmour is of ‘Apples and Oranges’, the band’s third single and the final song written by Barrett.

It’s entirely mimed – the band pretends to play to a backing track of ‘Apples and Oranges’, bringing their particular brand of psychedelia to a United States audience that wasn’t quite sure how to receive the four quiet young men from across the pond. Funny, considering that now we’d do absolutely anything to see them together again!

Syd Barrett isn’t far from the breakdown that would later be categorized as schizophrenia – at times he just looks blankly into the cameras, expression totally vacant to the scene playing out around him.

What a fantastic blast from the past! For many of us, it’s hard to imagine that there was life before Dark Side Of The Moon – but performances like this one remind us that even legends had to start somewhere!

I love she
She loves me
See you
See you