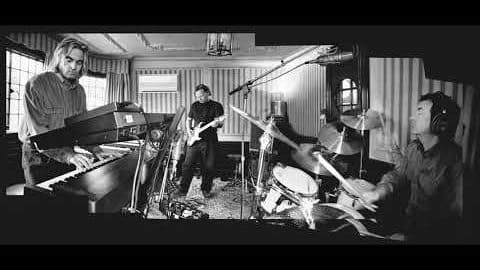 Pink Floyd has shared the demo of their instrumental track, “Marooned.”

“The birth of Marooned from the Pink Floyd sessions of January 1993,” the band wrote. “Originally known as Cosmic 13, it’s just Rick, David, Nick and Guy jamming direct to a stereo DAT machine at Britannia Row Studios. Posted on 28 July 2021, to mark Rick’s birthday.”

“Marooned” was originally released on Pink Floyd’s 1994 album, The Division Bell – their only LP to win a Grammy Award. “Marooned” was written by David Gilmour and late keyboardist Richard Wright. The pair composed it while jamming aboard the grand houseboat Astoria in 1993.

Gilmour once said that “pretty much” all of the track was improvised. He also added that he “probably took three or four passes at it and took the best bits out of each.”

“Marooned” ended up bagging the Grammy Award for Best Rock Instrumental Performance at the 37th Annual Grammy Awards in 1995. Interestingly, they played it live only three times. During the 20th anniversary of The Division Bell in 2014, they released a box set of the LP, and an official music video for the song. It was directed by Aubrey Powell of Hipgnosis, and some parts were filmed in the abandoned city of Pripyat, Ukraine.