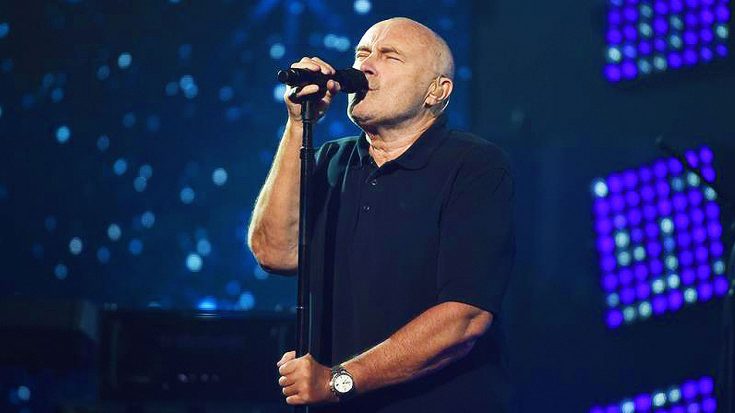 After a change of heart about retirement, Phil Collins made his comeback official on Monday night with a performance at the opening ceremonies for the 2016 US Open of Tennis. The singer played 2 songs: “In The Air Tonight” and “Easy Lover.” To celebrate his triumphant return, a few special faces joined him during his performance. Phil’s 15-year old son Nicholas stood in on the drums for his entire set, seeing as extensive nerve damage has limited Phil’s ability to play the drums over the years. For his performance of “Easy Lover,” Collins brought up Leslie Odom Jr., who starred in the Tony Award winning production Hamilton.

We’re super relieved to see Phil back on stage doing what he loves! His son Nicholas did a fantastic job on the drums, and his performance with Leslie was one of a kind! If you didn’t notice, while Phil was performing “In The Air Tonight,” the roof of the new Arthur Ashe Arena began to open for the first time, exposing the clear sky and fresh air! Hopefully this is the first performance of a comeback for Phil! We’d love to see more of him in the future!

Watch the epic performance down below!