Peter Frampton Covers The Beatles’ “While My Guitar Gently Weeps” 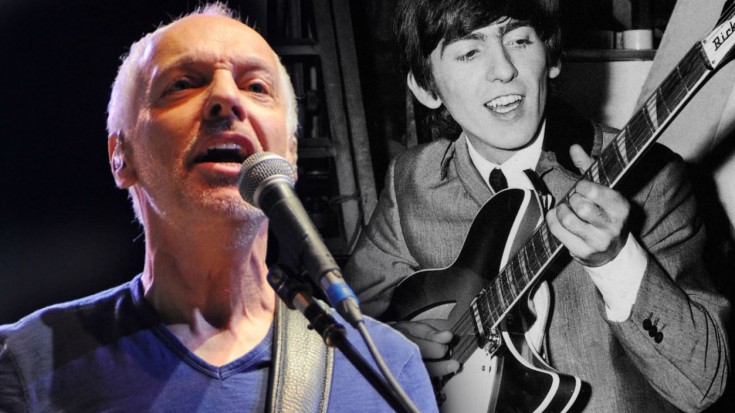 A Tribute To George

Written by George Harrison, The Beatles’ iconic ‘While My Guitar Gently Weeps’ is one of their most often covered songs, and for great reason: it’s a masterpiece. Originally featuring Eric Clapton performing lead guitar duties, this song was covered by Peter Frampton in 2003 for his 12th studio album Now and his unique, almost bluesy spin on the song is absolutely captivating.

It’s here that we get to see the full extent of The Beatles’ influence on him as a musician and songwriter, and it’s entirely possible that this cover functioned as a tribute of sorts to George, who died two years before the release of Frampton’s album.

Much like Eric Clapton, Frampton has an incredibly clean style of guitar playing that forces you to sit up and pay attention to what he’s playing, but it’s the solo he plays on ‘While My Guitar Gently Weeps” intro that gives the song an almost bluesy feel that it hadn’t had before.

For a moment, it feels like that solo is a quiet tribute to George, the unsung hero of the Beatles whose presence we didn’t realize how much we’d miss until suddenly – he wasn’t here anymore.

Regardless, this is a fantastic cover of a classic that gives the original a run for its money; if this doesn’t make you wish Peter had gotten to work with George, I don’t know what will!