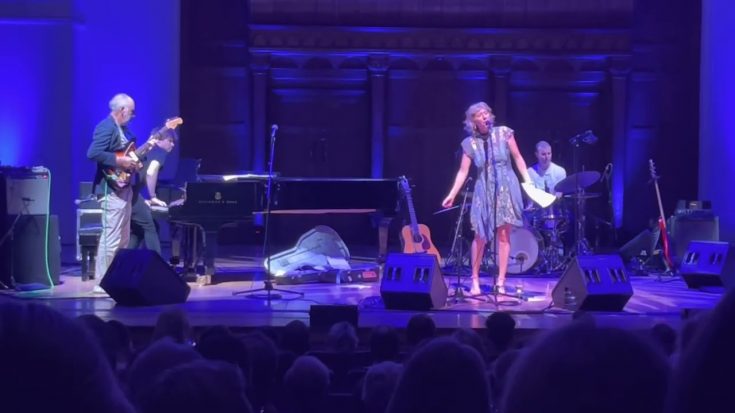 At London’s Cadogan Hall last week, Canadian-American singer-songwriter Martha Wainwright kicked off her much-awaited UK tour. And of course, to finish the night strong, gracing with her on the stage is Pete Townshend, co-founder and principal songwriter of the 60’s iconic rock band The Who’s.

Both singers performed two songs at the concert: first is a duet of Wainwright’s own track “Factory,” from her 2005 self-titled debut album, and a cover of Joni Mitchell’s classic song “Both Sides Now.” The latter performance wasn’t a first for the duo, they have actually performed the same Mitchell track a few times before, from 2006 to 2007.

However, this performance made it one for the books as both singers took on a different rendition of the track. Townshend took on the guitars while Wainwright serenaded the audience with her lovely voice. Of course, the performance was sealed with thunderous applause from the audience.

Townshend was recently featured on British rock band The Wild Things’ latest single, “Lay On, Take Off,” as well as on an audiobook titled Somebody Saved Me as the 29th inclusion in Audible Original’s project Words + Music. Wainwright’s tour will continue on the fall season, and will wrap up on November 26 in Quebec.