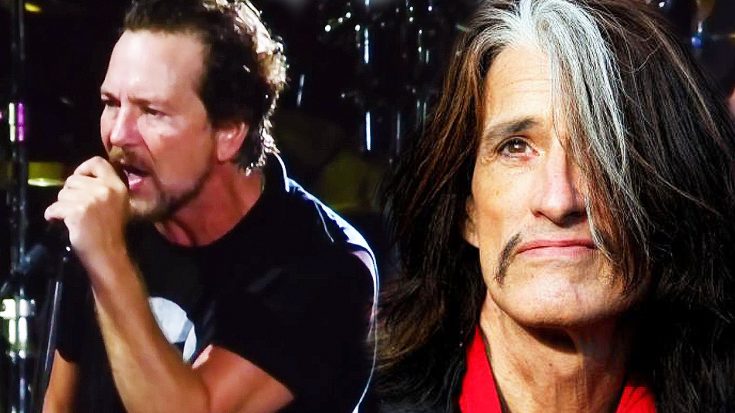 Eddie Pays Homage to a Legend

Pearl Jam and Eddie Vedder have always been class-acts. Last Friday night at Fenway Park in Boston, MA., Vedder and Pearl Jam paid tribute to Aerosmith guitarist Joe Perry with a cover of Aerosmith’s hit “Draw The Line.” The track is one of Aerosmith’s most guitar-heavy tracks, making it the perfect song for Vedder and Pearl Jam to tribute to Perry. Pearl Jam put their own little twist to the song with an extended solo, faster tempo and a more rounded out drum track. At the end of the performance Vedder said, “That’s for Joe Perry. We’re thinking about you!”

Early last month, Perry collapsed on stage while performing with his band Hollywood Vampires on Coney Island in New York. It is believed that Perry was tested and is believed to have undergone cardiac arrest. He was revived, and rushed to the hospital where he survived and is recovering well. He is expected to return to the stage soon with the Hollywood Vampires and Aerosmith. Vedder and Pearl Jam pulled off a wonderful tribute to the legendary guitarist in Boston! Hopefully they continue the tribute when they play in Chicago later this month!

Check out the touching tribute down below!