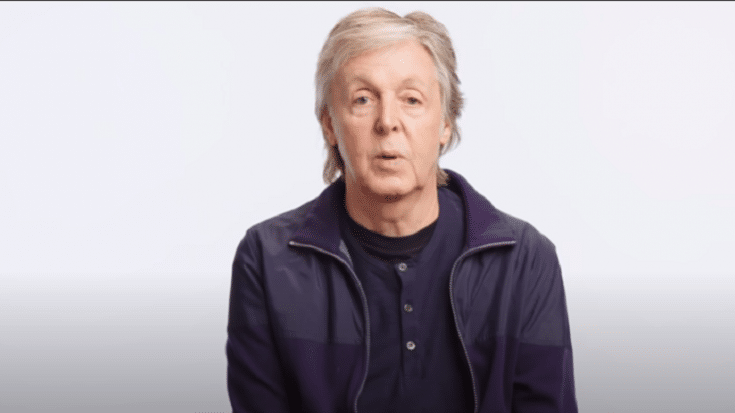 He Says “Saying Nothing Is Not An Option”

Amid the Black Lives Matter protests happening not just in the United States but all over the world, Paul McCartney posted a statement supporting those who are standing against police violence and racism. He encouraged everyone “to work together to overcome racism in any form” and “take action.”

He also shared links organizations like Black Lives Matter, Color of Change, the NAACP, Stand Up to Racism, Campaign Zero, and Community Justice Exchange. He then recalled a Beatles gig in 1964 at Jacksonville’s Gator Bowl where they were booked to perform in front of a segregated audience. Upon learning about it, the band refused to play. At the time, John Lennon said, “We never play to segregated audiences and we aren’t going to start now. I’d sooner lose our appearance money.”

Thus, the show became the first nonsegregated audience in that place. Following that experience, the Fab Four added a clause in their future contracts that their audiences would never be segregated.

McCartney himself explained in 1966, “We weren’t into prejudice. We were always keen on mixed-race audiences. With that being our attitude, shared by all the group, we never wanted to play South Africa or any places where blacks would be separated. It wasn’t out of any goody-goody thing; we just thought, ‘Why should you separate black people from white? That’s stupid, isn’t it?'”

Read his recent full statement below:

“As we continue to see the protests and demonstrations across the world, I know many of us want to know just what we can be doing to help. None of us have all the answers and there is no quick fix but we need change. We all need to work together to overcome racism in any form. We need to learn more, listen more, talk more, educate ourselves and, above all, take action.

“In 1964, the Beatles were due to play Jacksonville in the US and we found out that it was going to be to a segregated audience. It felt wrong. We said, ‘We’re not doing that!’ And the concert we did do was to their first non-segregated audience. We then made sure this was in our contract. To us it seemed like common sense.

“I feel sick and angry that here we are almost 60 years later, and the world is in shock at the horrific scenes of the senseless murder of George Floyd at the hands of police racism, along with the countless others that came before.