Paul McCartney Reveals Story Behind Title, And Cover Of ‘The White Album’ 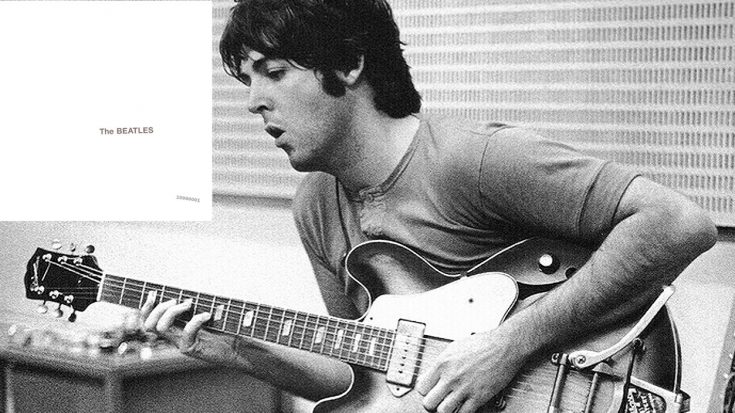 The most plain and simple album cover ever

The Beatles’ White Album is one of the most intriguing album covers of all time. It’s a plain white album with the words “The Beatles” written in a barely visible font on the front. But according to bassist and lead singer Paul McCartney, there’s an interesting story behind the design and title of the album. In this video, McCartney goes into detail about the process of the album sleeve’s design, which was done by pop artist Richard Hamilton.

McCartney talked about how Hamilton designed the poster that was included with the album, and his utilization of negative space. He also spoke about how the record label fell in love with the idea of numbering all of the issues of the album, claiming that about 5,000 copies were stamped with these numbers. Contrary to popular belief, McCartney reveals that the actual official name of the album is The Beatles and not The White Album. However, many fans, and even McCartney himself refer to the album as the latter name, in order to avoid confusion with other releases from the band.

Check out Paul’s interview about the album down below!