Paul McCartney & Bruce Springsteen – I Saw Her Standing There 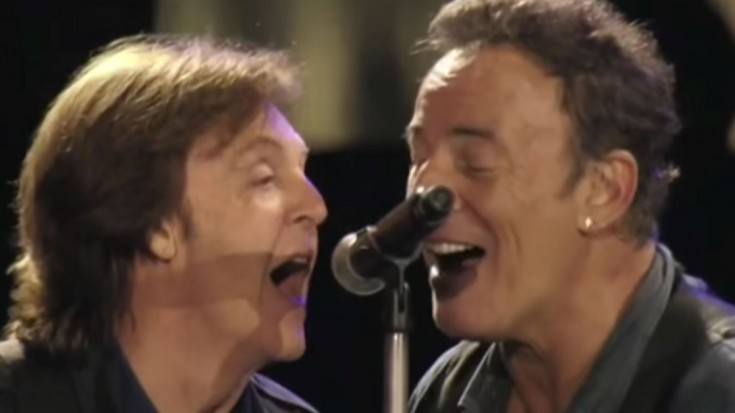 Bruce and Paul share the stage and the result is incredible

As Bruce Springsteen announces his “special guest“, Paul McCartney– you can see how overjoyed he is to share the stage with such an icon.

“I don’t want to make a big deal out of it but uh- I’ve been waiting about 50 years” Bruce explains with a HUGE smile on his face.

I love moments like this. When artist that are icons in their own right- get to play with those who have inspired their own careers.

The crowd had such an incredible reactions to The Beatles live shows George Martin decided to record their live show in the studio for their first album. Can you imagine if bands did that nowadays!?

“The Beatles performed this on their first two Ed Sullivan Show appearances, which took place a week apart in February of ’64. Getting on the show was a really big deal because it had a huge audience. 73 million people watched the first show, which made The Beatles household names.”

Bruce and Paul then go into a horn infused rendition of “Twist and Shout” which drives the crowd wild. Check out the awesome performance, below!