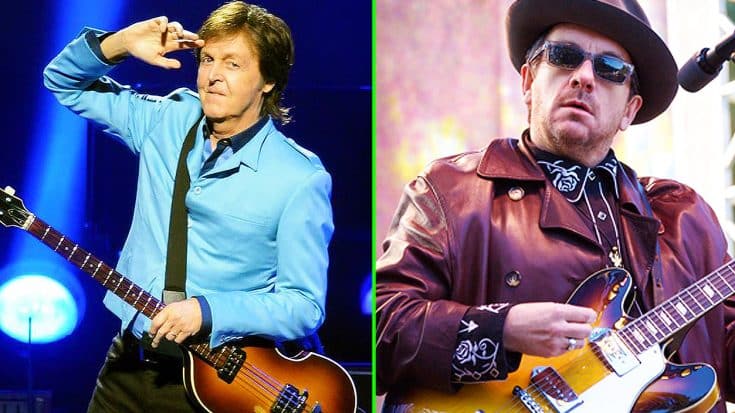 Back in 1989, Paul McCartney and Elvis Costello teamed up to bring us the legendary album Flowers In The Dirt. The album is technically issued as McCartney, but Costello was a main producer on the project!

Recently, McCartney and Costello announced that they will reissue this timeless classic, and will include some brand new, never before heard demos on the re-release! McCartney and Costello have already teased a few tracks, including a new demo of the album’s first single “My Brave Face.” The new demo is accompanied with studio footage that shows some moments while Elvis and Paul were making the track back in 1989.

Fun Fact: Elvis urged Paul to play his famous Hofner violin bass on the song, so Paul got it out of storage. Paul said it even had the set list still taped on it from the Beatles’ 1969 Apple “rooftop” concert. This inspired the music video of a Japanese collector stealing the now-priceless artifact.

Check out the demo down below, in preparation for the re-release!