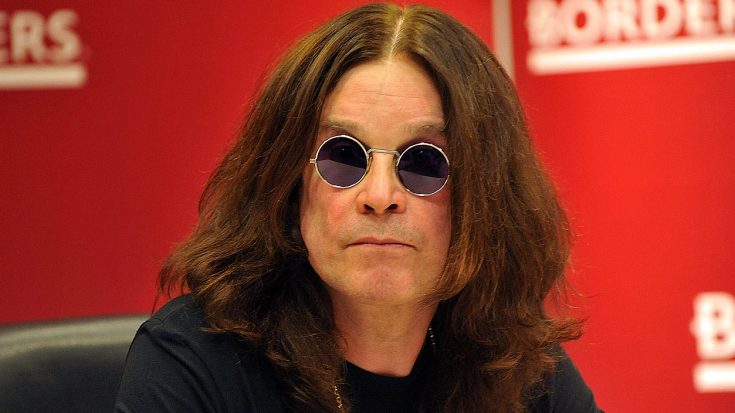 Yeah, Maybe Not Do That Next Time??

Among many, many other things, Ozzy Osbourne is known for his wild on-stage antics. Whether it’s biting the head off of a live bat, throwing water at people, or just walking back and forth clapping his hands, Ozzy is always a blast to watch. However, like every single rock star in existence, he does make his fair share of mistakes, and the one he just revealed here is a mistake that Ozzy deeply regrets.

In a recent interview with Rolling Stone Magazine, Ozzy talked about a great many things including one show in particular where he went too far on some undeserving fans. Here is what he revealed…

“There was one night when I saw that a bunch of people were not moving to the rock & roll ­– and if someone’s not moving in the audience and not doing anything, I’ll do the show just for that person and I’ll start throwing buckets of water at these people. Then someone told me the reason they’re not moving or getting into the concert is because they’re all deaf. And I felt like quite an idiot at the time, lashing them with buckets of water and hosing them down. They were just standing there. Why does a deaf person want to go to a rock concert? I couldn’t understand that. But I was told they feel the rhythm. It was quite interesting.”

Now, if you ask me, I think it’s an honest mistake, and it’s obvious that Ozzy meant no harm. I don’t think he will be trying to pull that one off anymore, but hey, these things happen.