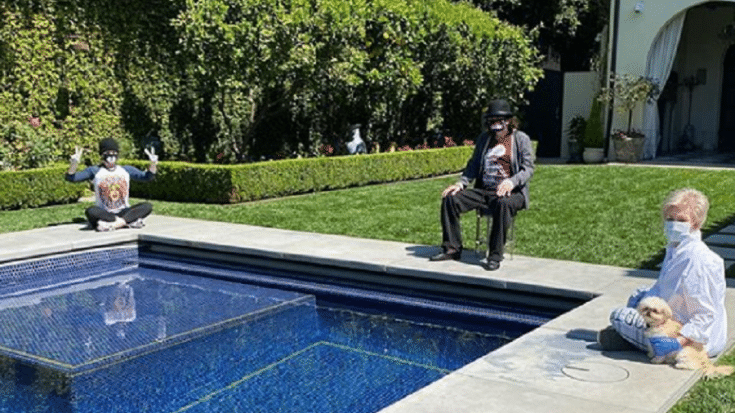 The coronavirus pandemic has the world at a near-complete standstill. The music industry has lost billions of dollars with the cancellation of tours and major festivals. And now, Ozzy Osbourne has been forced to cancel his Switzerland trip next week which was supposedly for the treatment of his Parkinson’s Disease.

His wife Sharon revealed on CBS’ The Talk on Monday: “We had to cancel our trip to Switzerland. We were meant to go on the eighth of April for his treatment, but we had to cancel for his treatment. We’re just hanging in like everybody else, you know? Just trying to stay away and be quiet and just hold it in there. I honestly find this such frightening times. I just think it’s a really, really frightening time to be alive.”

Daughter Kelly also shared on last week’s interview with Entertainment Tonight that Ozzy underwent one stem cell treatment a few weeks ago in Panama. She said, “Seeing after one treatment of stem cell what has happened and the progress that he’s made is mind-blowing. He wants to get up. He wants to do things. He wants to be part of the world again. He’s walking better. He’s talking better. His symptoms are lessening. He is building the muscle strength back that he needs after his spine surgery.”

She visited her parents too but with the photo she posted on Instagram, they still kept the recommended six feet distance from each other and they also wore face masks. Earlier this year, the Prince of Darkness canceled his 2020 touring plans to focus on his treatment which he said would take six to eight weeks.

Today was the first time I got to see my parents in almost 3 weeks!!! Even though i did not get to hug them.... at this point I will take what I can get. They are doing well and are save and sound for now. Thank you so much for your continued well wishes love and support. We will get through this together. I love you all ? stay safe.