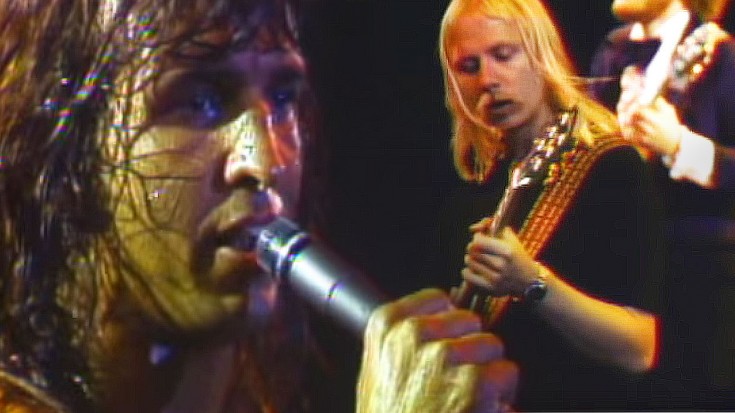 Written in 1976 and featured on their album Leftoverture, ‘Carry On Wayward Son’ by Kansas has become THE song of the 70s. It’s used in almost every season of hit television show Supernatural, bringing it to a brand new generation who fell just as in love with it as we did, and almost 40 years later, it still rocks. After this performance, we understand why; ‘Carry On Wayward Son’ features the best the band had to offer musically, and it’s in this performance that we get to see exactly how talented these guys actually are.

Lead vocalist Steve Walsh is the epitome of a one-man band – rocking the keyboards and bongos in between vocal breaks, making you wonder how one person has enough energy to deliver a vocal performance of that caliber and then launch into an instrumental break right after! He even threw in some of his own dance moves, too!

Fun Fact: ‘Carry On Wayward Son’ is about Kerry Livgren’s search for spirituality and the meaning of life.

What happened to the days when bands put in this kind of work? From vocals to percussion, Kansas worked this performance from beginning to end – through the exhaustion that comes with giving a song like ‘Carry On Wayward Son’ everything you’ve got, it’s pretty safe to say that Kansas carried on. No wonder they were one of the hardest working bands in rock and roll!