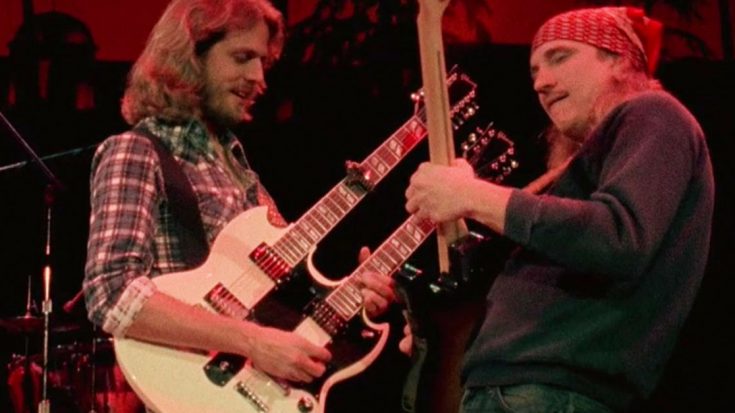 When Joe Walsh joined the Eagles in 1975, his new bandmate Don Henley worried that he was “too wild,” a far cry from the band’s easy, breezy, country tinged brand of good old fashioned rock and roll. With a massive personality and razor wit overshadowed only by his tremendous abilities as a guitar player and singer, Joe’s wild streak blended beautifully with the Eagles’ sound and even came together in the form of some of Joe’s songs previously written with the James Gang, giving Joe room to shine and his bandmates an opportunity to stretch their legs and show audiences what else they were capable of.

Fun Fact: According to Walsh, performing at a zoo event in 2015 hilariously revealed that elephants are fans of “Funk #49,” too.

At a show in Seattle in 1976, fans got to see the best of both worlds come together when the Eagles dished out a hard rockin’ serving of “Funk #49,” originally featured on James Gang’s second album James Gang Rides Again six years earlier but now given the Eagles’ magic touch as Don Felder and Glenn Frey defer to Walsh in the form of rock solid harmonies and airtight musicianship and Don Henley, holding things down from behind his drum kit, really shows his stuff as a drummer. As always, Joe is a force of nature, every bit as comfortable taking the lead on his own song in his new band and letting that wild streak come out to play in the best of ways.