Newborn Went Home With The Wrong Family. What Happened 20 Years Later Shocked EVERYONE! 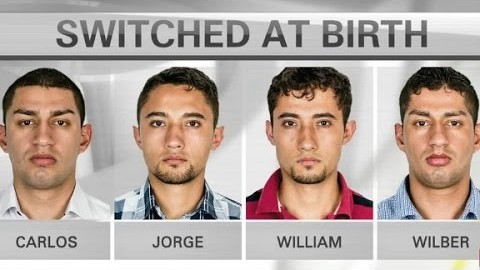 Not Your Typical Case Of Switched Newborns

You may think you’ve heard this kind of news before — you know, babies switched at birth and found each other years later but what if I tell you this is entirely different? It’s not just two babies but FOUR! Yes, the parents thought they had fraternal instead of identical twins. Well, it turned out, they brought the wrong twin home. While that alone makes for an interesting story, apparently, there’s more to it. What caught the attention of those who wrote the article about them was the environment they grew up in. In all honesty, I am extremely intrigued whether the twins are similar in any way (aside from their looks, of course). I mean would they have the same traits, qualities, preferences?

Man, this video is too short for me. I want to see more of how the twins interacted with each other after years of being apart. Is there an instant connection? Is there a bit of awkwardness? I have so many questions so I guess I’ll end up reading that article. Ha! When the guy said it was a “long story”, I’ve no doubt it really is.