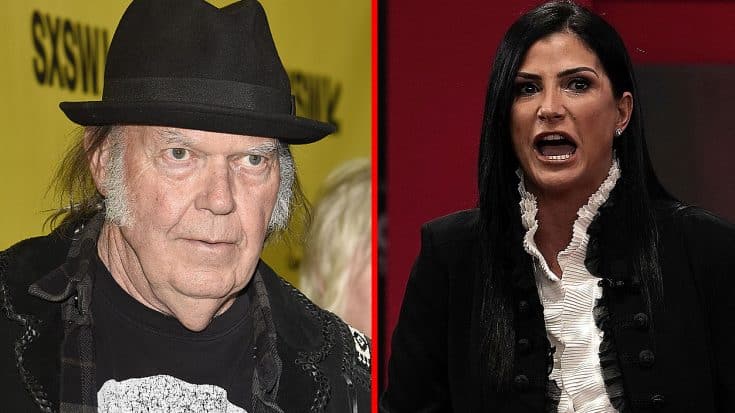 We all know it. It’s no secret. Neil Young is, and has always been an extremely outspoken person when it comes to political matters. You can hear it in his music, and you can hear him just flat out say it. Often times it gets him a great deal of backlash and at this point I’m sure he’s used to it. However, there’s one person whose remarks didn’t exactly roll of him like water droplets, and that person is the Spokesperson for the NRA, Dana Loesch!

Since 2010, Dana has been posting random hate-tweets that take shots at Neil Young. They are as follows…

@chris_renner Love that tag. Geebus I loathe Neil Young. His voice sounds like a bloated cow farting and dying all at once.

My first exposure to Neil Young was in high school when he released Mirror Ball, with the dumbest track ever, "Downtown."

My stepdad likes Neil Young. I always thought Neil Young had the vocal tonality of a dying cow fart. He’s also hard of hearing. My stepdad.

Had I won the Powerball I was going to pay Nickelback, Bush, and Neil Young to stop playing.

With that said, Neil Young caught wind of these tweets and had an interesting response when speaking with the Daily Beast.

“Why doesn’t she just shoot me?”… he then adds “You know, I hate to say that because I have kids and I really don’t want anybody to shoot me. I’ve still got to bring up my kids, so don’t take that seriously!”

Yeah, clearly this “war of words” may be a bit childish for both sides, but nevertheless, you can’t say it isn’t entertaining to watch!