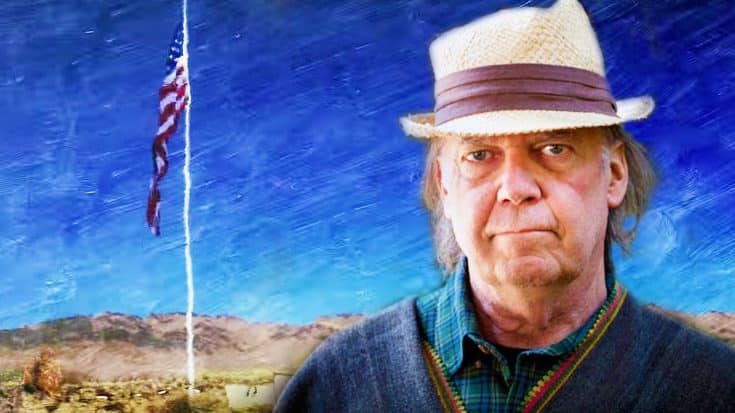 There’s no doubt that Neil Young is one of the most iconic rock n’ roll artists in the history of music. His style is so unique, and combines rock, folk and even some country style of music. Neil is also pretty vocal about what he believes in, whether it be social issues or politics, and this new music video proves that!

Neil’s new music video is for his song “Peace Trail” off of his most recent album of the same name that was released in 2016. The video consists of sketched out scenes of rural, industrial and suburban areas all across America. According to Neil, the landscapes are supposed to represent “rick, organic, Neil Young sound.” He went on to talk about why they chose the painted effects as the primary filter for the video.

“We felt the paint-on-glass technique was the most symbiotic. This approach, combined with the painterly compositions of sweeping American landscapes, is narratively served up as a love letter to the older generation.”– Young stated.

The video is pretty magical and accompanies the song quite nicely. Check it out down below and let us know what you think!