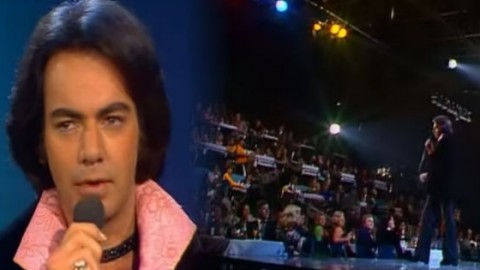 Neil Diamond Serenades The Audience With His Characteristic Soulful Voice!

It would’ve been delightful and memorable being part of the crowd! He often performed this in concerts and it’s always a crowd-pleaser. Neil Diamond wrote the song himself which has been inspired by Mozart’s Piano Concerto #21.

Diamond described “Song Sung Blue” in the liner notes to his 1996 compilation album, In My Lifetime, as a “very basic message, unadorned. I didn’t even write a bridge to it. I never expected anyone to react to “Song Sung Blue” the way they did. I just like it, the message and the way a few words said so many things.”

It deserved its spot in the various hit charts and in 1973, it received two nominations in the Grammy Awards.

Said Diamond, “Although the lyric says everything I wanted it to say, there’s not much meat to it, but it turned out to be a major, major copyright.”