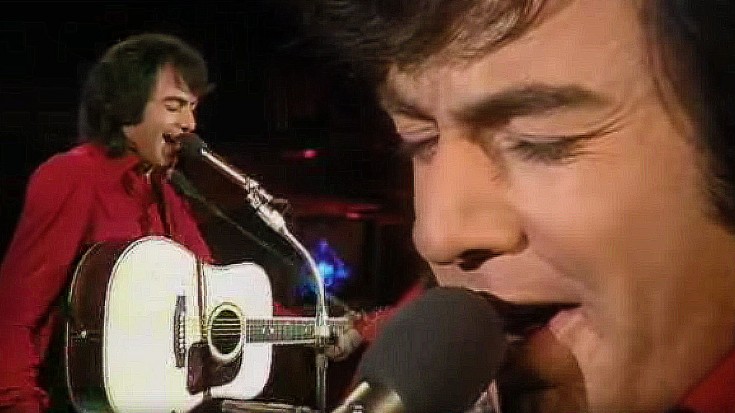 ‘Sweet Caroline’ was written by Neil Diamond and released on September 16, 1969. Two years later in 1971, Neil took the stage at the BBC for his highly anticipated and most iconic performance to date, where he kicked things off with a spirited rendition of ‘Sweet Caroline’ that we’re still talking about four decades later, and for good reason: it was amazing! Neil Diamond is easily one of the most celebrated singer-songwriters of the 20th century, easily holding his own among the ranks of Barbra Streisand and Carole King in terms of the impact his songwriting has had on future generations of songwriters since he burst onto the scene in the early 60s.

As a performer, it’s easy to see why the crowd adores him – he’s engaged with them, never once losing himself in the song so much that he forgets to connect with his fans, be it a quick smile or a well timed glance at a certain lucky lady in the audience.

Fun Fact: Said to be dedicated to Caroline Kennedy, President John F. Kennedy’s daughter, ‘Sweet Caroline’ came about when Caroline was only 11 years old  – but on her 50th birthday, Diamond gave her the birthday gift of a lifetime when he performed it during her celebration.

It’s been four decades since this performance and we’re still as charmed as ever by Neil and our beloved ‘Sweet Caroline’ – and I’d be lying if I said I didn’t wish my name were Caroline, too!