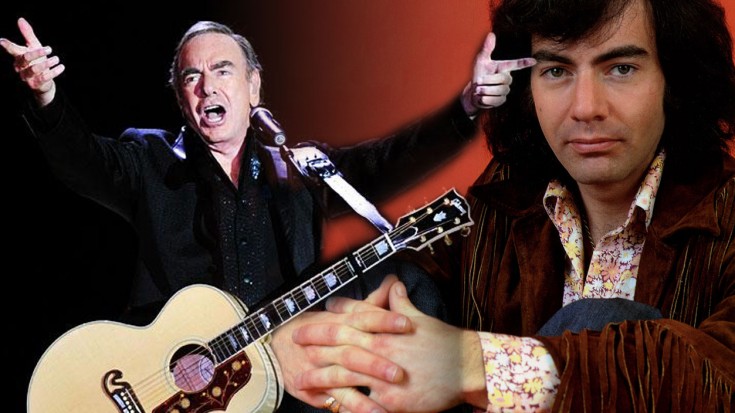 “Delirious Love” is a bonus track for Neil’s twenty-sixth studio album released on November 8, 2005, “12 Songs.” It received four out of five stars from AllMusic and Rolling Stone; rating of “A” from Entertainment Weekly; and 8.3 out of 10 from Absolute Punk.

It was his first album of all-original, all-new material since 2001’s Three Chord Opera. It was produced by Rick Rubin and is often erroneously cited as the first Diamond album since the Bang Records era to feature the artist playing acoustic guitar; in truth he played guitar on his Uni/MCA output and his Columbia output, possibly uncredited on most, if not all, albums.

After Neil’s tour on “Three Chord Opera,” he began working on this album. He started his work on his new material after retreating to his cabin in Colorado.

Rubin’s influence would extend beyond the recording sessions, as the subsequent tour behind the album found Diamond using tougher-sounding arrangements of his classic songs with his longtime backing band, and playing more guitar onstage than he had done since the Hot August Night era.

Pretty soon we were takin’ it serious
Me and you underneath a mysterious spell
Nothin’ I could do and it suddenly felt like a bolt out of hell
I’m tellin’ you
To the sound of the beat I was hanging on
Like a powerful truth, it was banging on me
Wouldn’t let me go
Like a shot in the dark she was hot like a spark
I only know
Neither one of us trying to hold it down
Neither one of us taking the middle ground
Wasn’t how to make sense we were thinkin’ of
Just the two of us bent on delirious love
Me and you being spent on delirious love
Like a ride on a rocket it took us up
Didn’t want it to stop and it shook us up good
We were moving fast
Just ahead of the law
We were beggin’ for more
And what a blast
Comin’ round to a new kind of view of it
Never did it before we were doin’ it now
And I gotta say it was easy to give
Was a reason to live another day
Neither one of us stopping to figure out
What the roll and the rockin’ was all about
All we knew was that we couldn’t get enough
You and me in the heat of delirious love
Makin’ time to the beat of delirious love
I can feel it
I can feel it
I can feel it