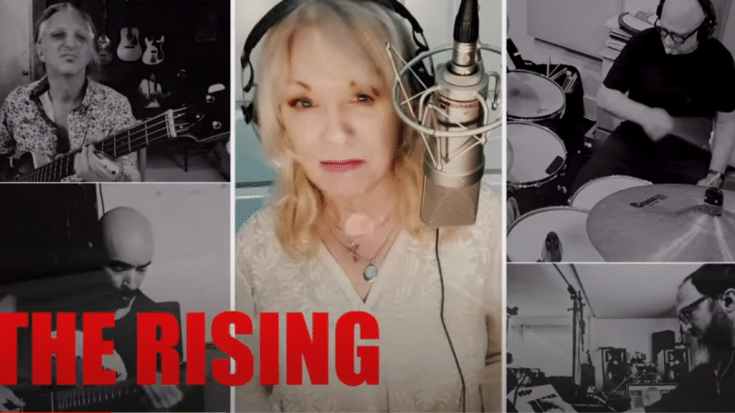 Heart Toured With Van Halen In The ’80s

In an interview with Dave Lawrence on Hawaii Public Radio, Heart’s Nancy Wilson discussed her upcoming debut solo album titled “You and Me” which is slated for release later this year. She revealed that three of the songs are covers while the other eight are originals. She also enlisted the help of her musician friends including Sammy Hagar, Foo Fighters’ Taylor Hawkins, and Guns N’ Roses’ Duff McKagan.

She will be paying tribute to the late guitar god Eddie Van Halen with an instrumental track and she recalled the time they toured with Van Halen.

Wilson said, “I have an instrumental song on this album called ‘For Edward’, which is dedicated to Eddie Van Halen, obviously. Because it’s a story about I was the first one to ever give him an acoustic guitar. When we were touring with those guys in the ’80s, he was, like, ‘I like how you play that acoustic.’ And I said, ‘Well, why don’t you play more acoustic?’ And he goes, ‘Well, I don’t have an acoustic.’ And I said, ‘You don’t have an acoustic? What?’ And so I went and got him one out of my stash and I gave it to him.”

She continued, “Early the next morning, in the hotels, back when people would ring your room, he rang my room and he played for me this beautiful piece of acoustic guitar instrumental music on the phone. I was so touched, and it was so beautiful, it was one of the prettiest things I’d ever heard. So I tried to return the favor by making a beautiful little tribute to him.”

Last October, Nancy Wilson released her cover of Bruce Springsteen’s “The Rising.” Listen to it below.