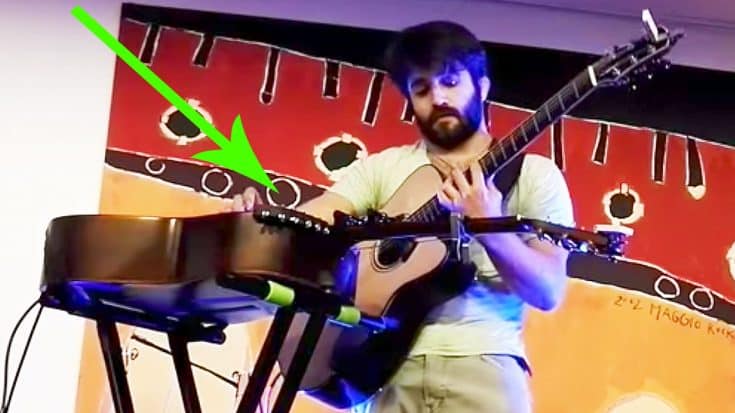 This is some next level guitar playing!

It’s pretty difficult to translate some pop songs onto a guitar. Even though most of them are originally written in acoustic fashion, some of them require tons of skill to re-strip down and play, especially Michael Jackson’s music.

Recently, YouTube guitarist Luca Stricagnoli took to the stage at an open mic event, and turned in a phenomenal acoustic performance of Jackson’s “Thriller” on not one, but TWO acoustic guitars. That’s right, Luca simultaneously jams two guitars at once, and the result is one of the best covers you will ever see! One guitar is laid on a stand face up, while the other is strapped up to himself normally. He jams the main riff on the standard guitar, and plays the melody on the one that is sitting on the stand. It’s a wonder to watch, so take the time and watch this amazing talent at work!