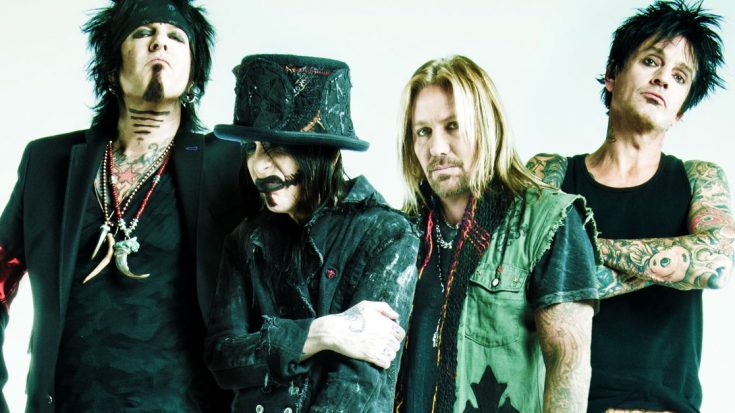 These guys just can’t seem to catch a break! Los Angeles rock legends Mötley Crüe are on the hook for a grand total of $30 million dollars after former tour openers the Raskins filed a lawsuit against the now retired band, alleging “assorted acts of alleged harmful conduct” during their dates opening for Mötley Crüe on their 2014 tour.

Now sure, we know that of all bands, Mötley Crüe loved to engage in a little bit of boyish rockstar fun while on the road – but the Raskins, comprised of brothers Logan and Roger Raskin, are saying that Mötley Crüe’s “boyish fun” consisted of what they’re calling “hazing,” and includes forcing the Raskins to perform to small crowds due to Mötley Crüe’s management refusing to open venue doors on time, being ‘physically struck’ with gear, and having their sound mix tampered with or turned off completely in some instances. The last straw for the Raskins came in the form of members of Mötley Crüe’s road crew jumping onstage during the duo’s show in Darien, Connecticut wearing gorilla masks and squirting them with water pistols…full of urine.

Wow. Just…wow. When you take that into account, paired with what the Raskins call a $1 million dollar fee to even open for Mötley Crüe and management interfering with merchandise sales, this $30 million dollar lawsuit kinda makes sense. No word from Mötley Crüe or their legal team as to how they plan to respond to the Raskins’ lawsuit, but in true Mötley Crüe form, we have a feeling that it’s going to be a good one.

Stay tuned to Society of Rock for updates on the band’s latest round of rock and roll drama!