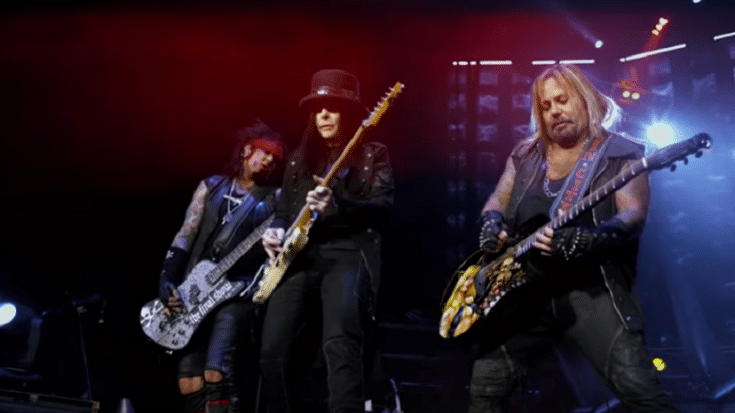 Touring Stadiums All Over The US

After they announced the destruction of their “cessation of touring agreement”, Mötley Crüe will be back on the road for a massive tour next year that includes other rock titans like Def Leppard, Poison, and Joan Jett and the Blackhearts. It will kick off on July 7 at the Hard Rock Stadium in Miami, FL and wrap up on September 5 at the SoFi Stadium in Los Angeles.

It will be Mötley Crüe’s first performance in about five years after their “Final Tour” which ran from July 2014 to December 2015. Nikki Sixx told Rolling Stone in 2014, “Legally, we can’t play again. The only loophole is if all four band members agreed to do it, we could override our own contract. But we know that will never happen. There are people in this band who will refuse to ever do it again, and you’re talking to one of them. There is no amount of money that would ever make me do it again because I have such pride in how we’re ending it.”

Well apparently after gaining “an entirely new legion of fans”, they’re more than ready to be back on the road again.

In 2017, Def Leppard and Poison toured together while Mötley Crüe toured with Poison in 2011.