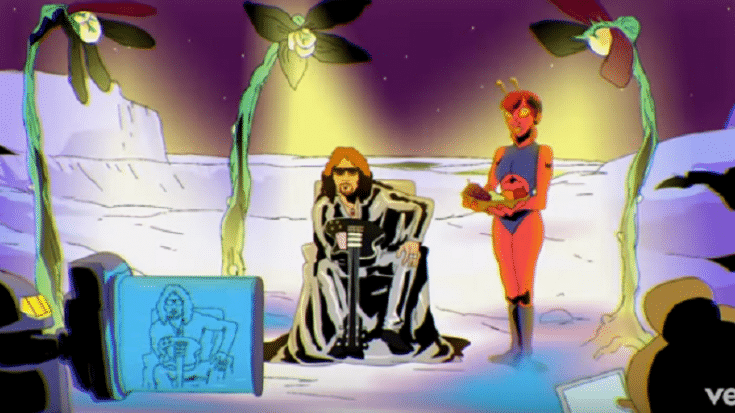 Founding KISS member Ace Frehley just streamed and shared the animated video for Mission to Mars, the third single off his eighth studio album Spaceman which he released last October 19. KISS fans would love it since it’s “full of Kiss fandom easter eggs” and they get to see Frehley live his dream of going on an epic journey to space.

It’s created by artist Christopher Fequiere and showed Frehley’s love for science fiction. He revealed in an interview with Houston Press:

“I’ve been a sci-fi fan since I was a kid, you know and when I joined KISS we all had to come up with characters, so I invented The Spaceman. I’ve had a fascination with sci-fi and astronomy and space travel from a young age, so it all makes sense to me. I believe eventually were going to colonize Mars and go further.”

Ace Frehley is currently on the road touring the US. Check out some of the dates below…