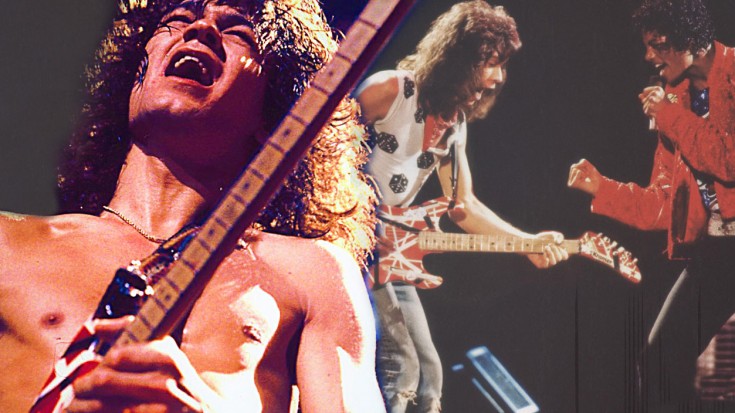 So we’ve all heard Michael Jackson’s multi-platinum jam ‘Beat It’, which features the legendary Eddie Van Halen pulling double duty on guitar. What makes this song really special, though, is seeing Eddie actually perform it live with the late King of Pop on his 1984 Victory tour! As the legend goes, Michael was performing that night in Dallas, Texas and Eddie just happened to be in the neighborhood; Michael was gracious enough to invite our favorite lead guitarist onstage with him for a rowdy, action-packed performance of ‘Beat It’ just to let the crowd hear that killer guitar solo live and in person.

In true Eddie Van Halen fashion, he did not disappoint – not even Michael was able to contain his excitement at watching the real life guitar hero at work, and neither will you!