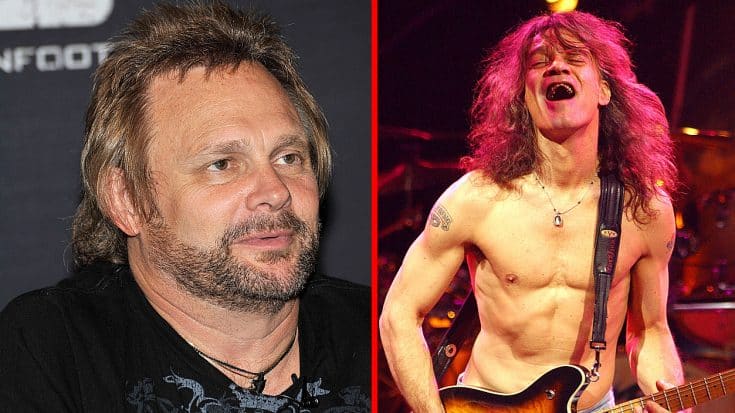 “The Jekyll Or The Hyde?”

Despite playing a huge part in Van Halen’s success early on in their career, Michael Anthony just can’t seem to find his way back into the band despite his obvious interest. Because Van Halen choose not to associate themselves with Michael anymore, fans have not viewed the band the same way and it’s ultimately left them divided.

Nevertheless, Michael doesn’t seem to be bitter about any of it, in fact he’s kept contact with former Van Halen singer Sammy Hagar and the two have been jamming buddies ever since. Still, Michael is not afraid to reminisce on what exactly went wrong. In fact, he recently just recalled what exactly went wrong with Van Halen’s reunion tour back in 2004. Here is what he said during an interview with The Press-Enterprise…

“Eddie was in bad shape. We did 80 shows and had to pull the plug because it was just too much work. And I hated having to wake up the day of the show and think, ‘Which Eddie Van Halen are we going to get today? The Jekyll or the Hyde?'”

It’s truly unfortunate that this kind of fallout left a bad taste in everyone’s mouths. Ever since this, the dynamic between Michael and the rest of the band just hasn’t been the same, but that doesn’t mean we can’t be optimistic about the future. So keep those fingers crossed!