Metalhead Lands Job As Sign Spinner—Shows Off Incredible Skill To Every Passing Car! 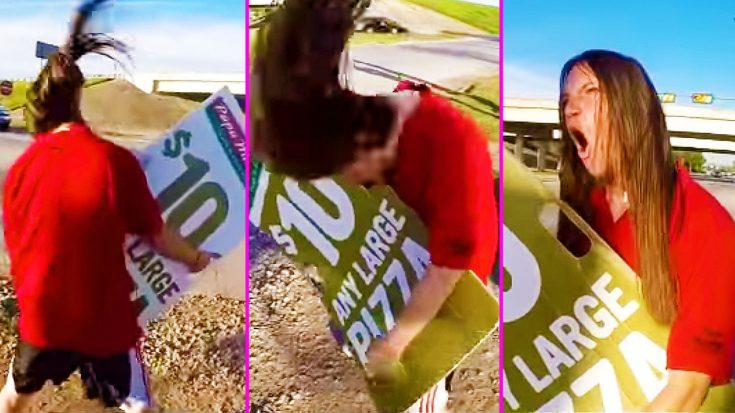 Now that’s how you bring in customers!

The life of a sign spinner can be extremely exhausting and miserable. You typically spend long hours in the sun holding a giant sign that you hope will entice people to visit the restaurant, or other establishment you work for. Over the years, people have taken this job to the next level by incorporating dancing, chants and even doing tricks with the sign into their routines. Michael Hildreth, who works for a Papa Murphy’s Pizza, took his sign-spinning job to the next level, when he decided to crank up some heavy metal, and use the sign as an air guitar!

Hildreth cranks up some speed metal, lets his hair down and head bangs like a madman, all while trying to convince people to order a $10 large pizza from the restaurant he works for!

After seeing this, we really hope his boss gave him a raise, because he’s really giving it all for this job! There’s no way he should be making minimum wage after seeing this! I’m pretty sure he brought in a record number of customers into the shop that day!

Check out the awesome video for yourself down below, and let us know what you think!