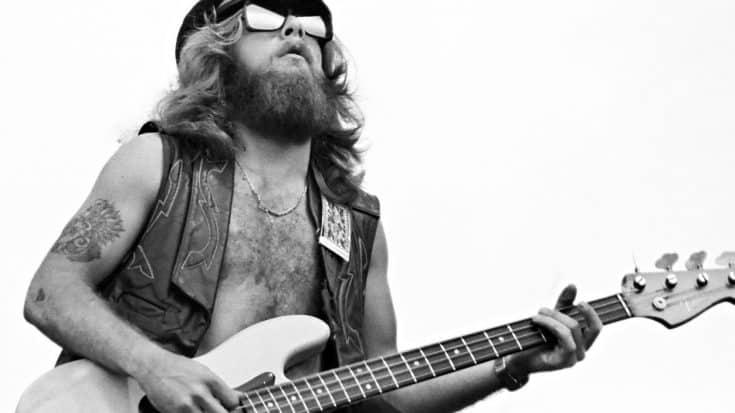 It’s hard to imagine Lynyrd Skynyrd without the spectacular talent and wit brought to the table by bassist Leon Wilkeson. Born on April 2, 1952 in Newport, Rhode Island, Wilkeson’s bass playing played an integral role in Lynyrd Skynyrd’s signature sound – one of the top bassists in Jacksonville, his unique approach to writing bass parts and tendency to play in elaborate counter rhythms being responsible for classics like “Gimme Three Steps”. More than that, Leon was known for his kind heart, fantastic sense of humor and of course, for the hats he wore onstage during his time with Lynyrd Skynyrd – all 29 years, in fact!

When he passed away on this day in 2001 at the age of 49, his sense of humor and hats were immortalized in Lynyrd Skynyrd’s 2003 album Vicious Cycle with the bluesy tribute “Mad Hatter,” a song dedicated to the man described by family as a hilarious “cut up” and by his brothers in Lynyrd Skynyrd as a good man gone entirely too soon.

Despite the raw grief we’re sure his bandmates experienced at his loss, “Mad Hatter” is anything but sad – it’s a love letter to everything Lynyrd Skynyrd and their fans loved about Leon. Singer Johnny Van Zant hails Wilkeson for the practical jokes the band would miss, for his fighter’s spirit that saw him survive the plane crash in 1977 and get back to playing music, and for his unique, incredibly kind heart that friends and family say would prompt the bass player to literally give you the shirt off his back.

On the memorial of one of Southern rock’s saddest days, this is exactly what Lynyrd Skynyrd fans need – a spirited celebration of a life as wonderful and unique as the hats Leon wore onstage every night for 3 decades. So tonight, pay tribute, light a match, and tell your brothers and sisters about The Cat In The Hat.