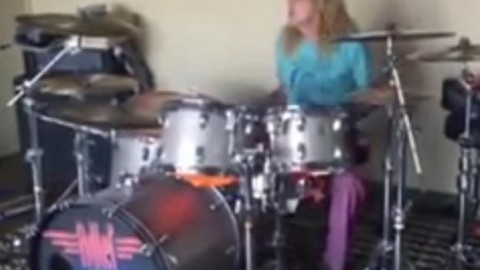 What Could This Possibly Mean?

Okay, so during the time Guns ‘n Roses was in Los Angeles and getting busy rehearsing for their “Not In This Lifetime” Tour, former drummer Steven Adler was spotted having dinner in California too. Yes, we know he seems to channel the young Robert Plant and yes, he definitely looks great. But something else surfaced that’s kind of giving us a hint whether or not he will be part of some GnR shows.

In the video below, Steven is jamming along to the iconic song “Paradise City” and well, it just raised new speculation that he might indeed be making a surprise appearance. I know we’re all waiting for confirmation but let’s hope this is a sign that the founding drummer will show up on stage with Axl Rose and the rest of the boys.