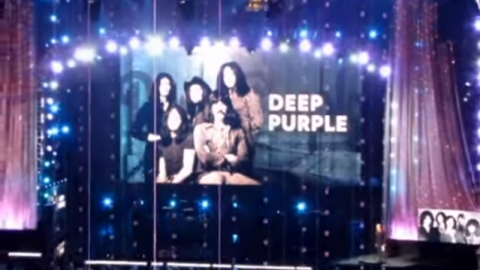 Lars Ulrich Was All Of Us

It was a night to remember!

We’ve all been waiting for Deep Purple to be rightfully inducted into The Rock and Roll Hall of Fame and on its 31st year of welcoming music artists as inductees which was held last Friday at the Brooklyn’s Barclays Center, there have been several great moments and this is one of them. Metallica’s Lars Ulrich was bestowed the honor of giving the induction speech. It’s no secret that Lars is a huge fan of the English rock band and he had nothing but high praises for them.

“Deep Purple were a beautiful contradiction, like you just walked in on five musicians at the top of their game jamming one classic after another with raw intensity, as if they were in a garage playing for no one but themselves.” — Lars Ulrich

Ritchie Blackmore was not present during the event and Glenn Hughes said it’s “a damn shame.”