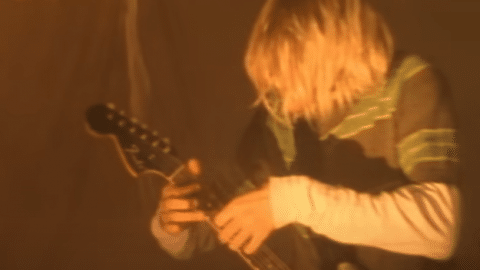 The famous electric guitar was expected to sell between $80,000 to $600,000, but after 27 bids, the price surpassed its original estimate and was sold to the Jim Irsay Collection based in Indianapolis. It marks as the second most expensive guitar ever to sell at auction, following another Cobain axe at $6.1 million.

The “Lake Placid Blue” guitar was also used in the recording studio during the making of both Nevermind and In Utero albums, as well as several live performances. It was previously displayed at Seattle’s Experience Music Project, now named MoPOP Museum of Pop Culture, and was part of the prestigious Guitar Collection.

In support of Mental Health Awareness Month, the Cobain family is donating a portion of the proceeds from the sale to Kicking The Stigma, an initiative founded by the family of Indianapolis Colts owner Jim Irsay that raises awareness about mental health disorders and remove the stigma associated with these illnesses.

In Cobain’s final interview with Guitar World, he said of the guitar:

“I’m left-handed, and it’s not very easy to find reasonably priced, high-quality left-handed guitars. But out of all the guitars in the whole world, the Fender Mustang is my favorite. I’ve only owned two of them.”

Ahead of the sale, Darren Julien of Julien’s Auctions said in a statement:

“To see this fabled guitar, one of the most culturally significant and historically important guitars not only of Kurt Cobain and Nirvana’s legacy but in all of rock music history, come to our auction house has been one of our greatest privileges.” 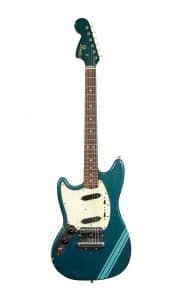