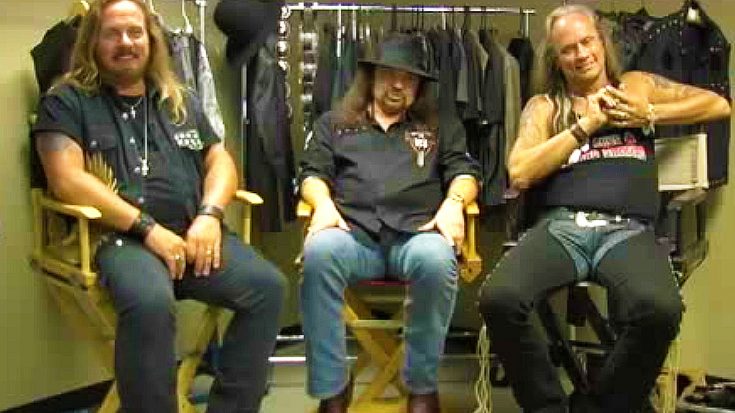 Lynyrd Skynyrd wouldn’t be Lynyrd Skynyrd if every member of the band didn’t have a unique story about how they came to join Jacksonville’s finest. For late drummer Bob Burns, it was a foul ball to the temple; Allen Collins, a surprise trip up a tree to avoid Ronnie Van Zant and Billy Powell, having his secret discovered when Ronnie heard him jamming “Free Bird” instead of loading gear as the band’s roadie. The tradition continues well into the 21st century as piano player Peter Keys, who stepped in following Billy Powell’s death in 2009, came into the fold with a unique tale of his own – one that his bandmates Johnny Van Zant, Gary Rossington, and Rickey Medlocke still get a kick out of to this very day.

As Rickey tells it, the boys found Peter through their good friend Kid Rock and after landing the audition made the trip down to Nashville from Detroit, Michigan where he met with the guys for the first time. Faced with what Johnny calls a “crummy little keyboard, a Casio thing almost,” Peter sat down and began to play every piece of Lynyrd Skynyrd material thrown his way without a single complaint – a far cry from previous auditions where piano players complained and said, “I can’t play this!” – and when he was finished stood up, thanked them for the opportunity, and just walked out!

Rickey and the guys just stood there staring at the door saying, “…that just happened” before they realized that they’d found exactly what they were looking for: a fiercely talented piano player who oozed charisma and humility that could also roll with the punches and make lemonade when life threw him lemons. No wonder they (and we) love him so much – you couldn’t ask for a better fit!