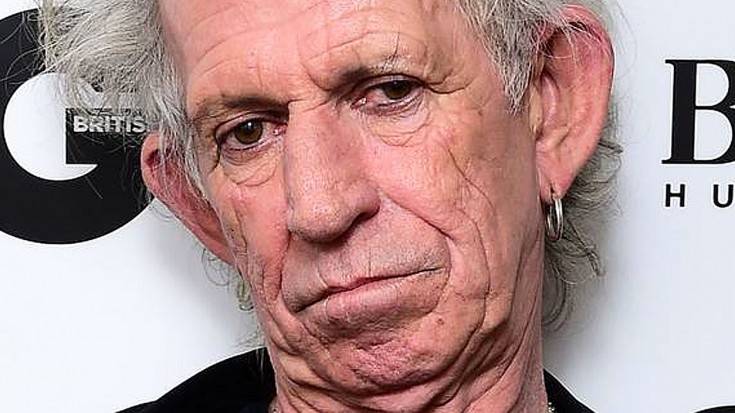 Keef Lashes Out At The Fab 4…Again

Last year, Rolling Stones guitarist and possible immortal being Keith Richards raised more than a few eyebrows with incendiary statements about fellow 60s rock icons The Beatles. The 72-year-old rock legend reignited the age old ‘Beatles vs. Stones’ argument when he told Rolling Stone Magazine that The Beatles’ Sgt. Pepper’s Lonely Hearts Club Band was ‘a mishmash of rubbish,’ accusing his old rivals of ‘getting carried away’ with their daring concept album. Now, Keef is back with a completely different set of grievances to air, this time choosing to attack the quality of The Beatles’ live performances.

“Musically, the Beatles had a lovely sound and great songs. But the live thing? They were never quite there,” Richards said in an interview with RadioTimes.

Granted, it was difficult to hear The Beatles’ live performances for all the screaming, crying, and wailing going on in the stands, but let’s be real here; there may not have been theatrics and dancing in the vein of The Rolling Stones (lookin’ at you, Mick), but there’s no denying that The Fab 4 knew how to put on a show and when they hit the stage it was on, on, on until the curtain fell. Keith never really elaborates on why he thinks The Beatles “were never quite there” and while we know that Keith just really, really doesn’t like The Beatles, at some point you’ve got to wonder if there’s something to his rants or if it’s just a classic case of sour grapes.

Either way, don’t ask us to choose between The Beatles and the Stones – we love ’em both!