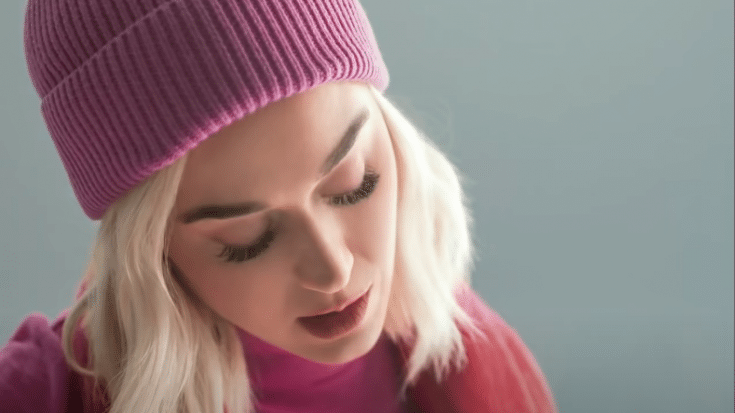 Katy Perry has released a cozy acoustic cover of The Beatles’ classic hit “All You Need Is Love”. It was recorded for a new holiday advertisement for Gap. In an Instagram post, Perry revealed that this was a full-circle moment for her because she used to work in a Gap store in Santa Barbara, California.

“From folding sweatshirts at the Santa Barbara Gap to 20 years later,” she wrote, “starring in a @markromanek-directed holiday campaign dreams do come true!”

As part of their campaign, part of the proceeds from the song will be donated to Baby2Baby, which is a nonprofit that Perry has long supported.

“It’s just such rite of passage. And I got to cover a Beatles song,” she continued. “It was a little bit of a bucket list moment.”

Earlier this month, Perry announced a Las Vegas residency at the new Resorts World Casino along with other artists like Carrie Underwood and Luke Bryan.