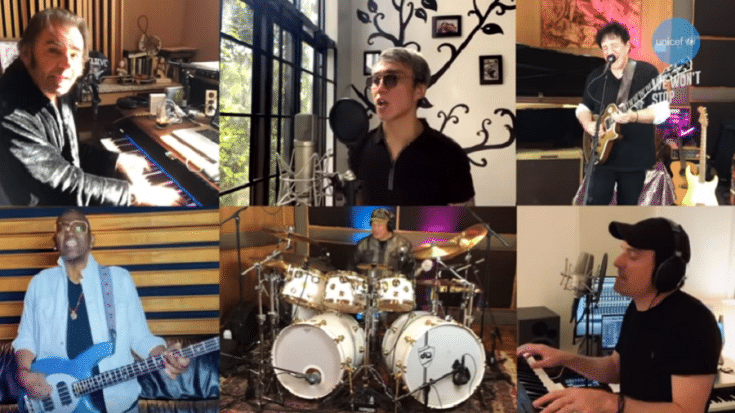 Journey debuted their new lineup on May 23, Saturday for UNICEF’s We Won’t Stop fundraiser. They reunited with bassist Randy Jackson (who played with them from 1985 to 1987) and performed a lockdown version of “Don’t Stop Believin'”. Aside from Jackson, drummer Narada Michael Walden and keyboardist Jason Derlatka also joined Journey following the controversial firing of the band’s rhythm section – bassist Ross Valory and drummer Steve Smith – back in March.

Guitarist Neal Schon and keyboardist Jonathan Cain accused Valory and Smith of staging an “ill-conceived corporate coup d’etat” so they could take control of the band’s trademarked name. Schon took to social media to make the announcement regarding their new lineup.

As you can see below, Schon, Cain, and lead singer Arnel Pineda along with the new members, powered through Journey’s 1981 classic hit. The members got together virtually and performed in their respective homes. Even though it’s quite challenging, the performance went off without a hitch. It’s pretty clear from the get-go that they work well together.

Journey was slated to debut this new lineup on a summer tour along with The Pretenders. But like every other trek this year, the dates were canceled because of the COVID-19 pandemic.

Ok Friends word is out ! @randyjackson RJ the Big Dawg is our new Bass player again ???