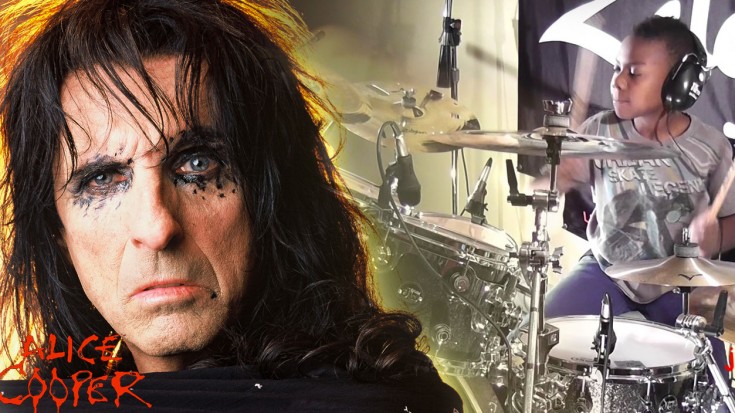 They Don’t Call Him ‘Jonah Rocks’ For Nothing!

Whenever I see kids performing killer covers of rock classics, it makes me smile because I know that the future of rock and roll is in great hands when the legends are gone. 10 year old Jonah Rocks is no exception! He tears through Alice Cooper’s ‘I’m Eighteen’ with a confidence and carefree approach that you only see in people twice his age with half of his skill – he’s good and he knows it, yet he doesn’t let that stop him from having fun!

Jonah pretty much runs his own show, amazingly enough! He’s completely self taught, and chooses his own music when he wants to “do a YouTube”. When he’s not practicing music he loves playing soccer, going ice skating, and playing video games with his friends!

This is absolutely unbelievable – he plays entirely by ear, which makes his drum solo starting at 2:45 all the more impressive! After years of practicing and playing with his idols, Jonah’s getting faster every day and if he’s this precise and creative at 10, imagine what he’ll be doing at 15, 20, or even 30! My money is absolutely on Jonah Rocks!