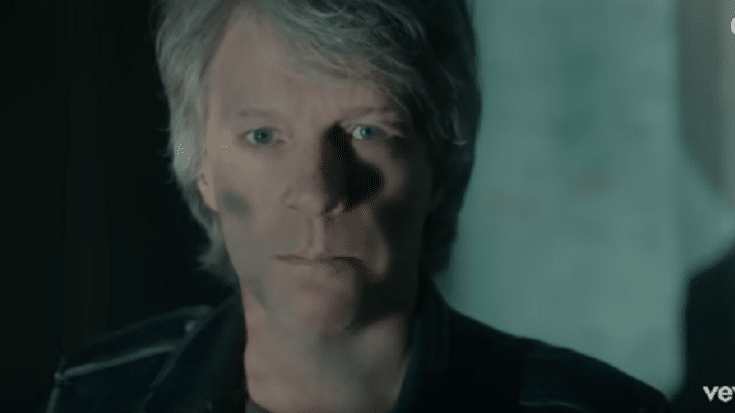 The Jon Bon Jovi Soul Foundation just donated half a million dollars to help build an apartment facility in Washington, DC for homeless veterans. He partnered with Help USA to complete 77 units in the Walter Reed Veterans Apartments. More than providing affordable shelter, this facility will also offer various programs to help vets get back on their feet. JBJ said, “They can get any kind of medical, legal advice, there’s job opportunities, all [together].”

This news follows the release of JBJ’s new song “Unbroken” for the documentary film “To Be of Service” which is about vets suffering from PTSD and the service animals who help them. For twelve months, the proceeds from the downloads will benefit the Patriotic Service Dog Foundation which provides highly-trained dogs at no cost to vets. When JBJ appeared on CBS This Morning, he talked about writing the track: “It was going to be a difficult task because I hadn’t served in the military.”

He added, “You have to be honest if you’re going to take on this task, and be truthful in its delivery, so that men and women who did serve will feel a pride when they hear this song.

“So, I talked to the director prior to his having the cut put together. He gave me some key anecdotal lines the soldiers had discussed with him.”