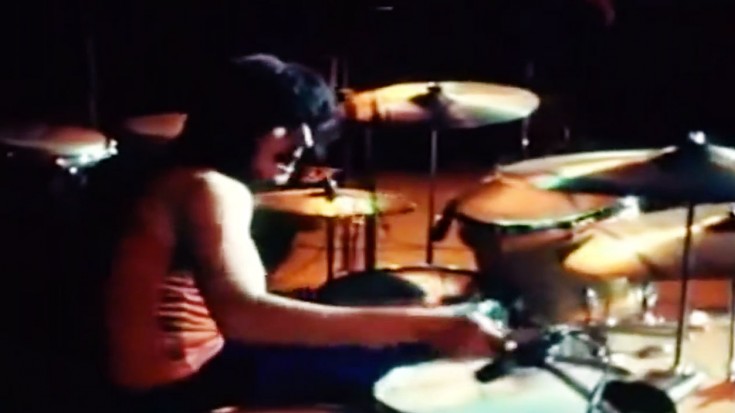 Performing at the Royal Albert Hall just 2 years after the band’s official introduction to the world, young Robert Plant, Jimmy Page, John Paul Jones and John Bonham take the hall by storm with “Moby Dick.” The instrumental was known to last from 15-20 minutes, depending on how long Bonham felt like rocking out and was considered one of his greatest showcases throughout the entire Led Zeppelin legacy.

Interesting Fact:  According to Bonham’s wife Pat, the song is named Moby Dick because his son asked him to play “The long song.” When John asked why, the boy answered, “It’s big like Moby.”

After formally announcing “John Henry Boham,” Plant steps off stage as Page and Jones begin their contribution to the song with killer electric work and riffs from both legendary musicians just before Bonzo gets in the zone. There were even times that Zeppelin played live and Bonzo banged around long enough for the band to actually leave the stage and take a smoke break, letting the bad ass do his thing,

Shifting from the drum kit to the bongos, not a peep can be heard during this performance as Bonzo demanded full attention without even requesting it. Like a moth to a flame, we are just mesmerized by Bonzo’s ability to improv and carry out what is known as the best drum solo in the entire world.

Feast your eyes on this lost but never forgotten talent. Rest in peace Bonham..