Joe Walsh, Bill Murray And Other Rock Legends Come Together On Stage For Powerful Beatles Tribute! 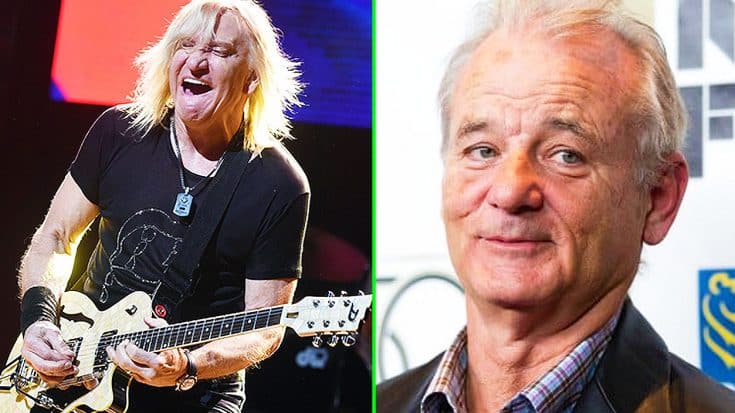 What an amazing tribute!

An event that was kind of swept under the rug took place this weekend. Rockstars came together in New York City for a celebration called The Love Rocks NYC! A Change Is Gonna Come: Celebrating Songs of Peace, Love and Hope. The event pretty much describes itself and even though it was a bit overlooked, it was an event for the ages.

Rockstars like Gary Clarke Jr., Billy Gibbons,Derek Tucks and Joe Walsh were on hand for the event, and played some amazing tributes throughout the night. One tribute that stood out was at the very end, when every rockstar went up on stage for a big performance of The Beatles’ “With a Little Help From My Friends.”

“The song With A Little Help From My Friends was written specifically for me, but they had one line that I wouldn’t sing. It was ‘What would you do if I sang out of tune? Would you stand up and throw tomatoes at me?’ I said, ‘There’s not a chance in hell am I going to sing this line,’ because we still had lots of really deep memories of the kids throwing jelly beans and toys on stage; and I thought that if we ever did get out there again, I was not going to be bombarded with tomatoes.” – Ringo Starr

All of these friends came together for a wonderful tribute! Everyone sounds great together, and who knew Bill Murray would sound so great on vocals!? I mean, the guy is a comedian and his voice is pretty solid!