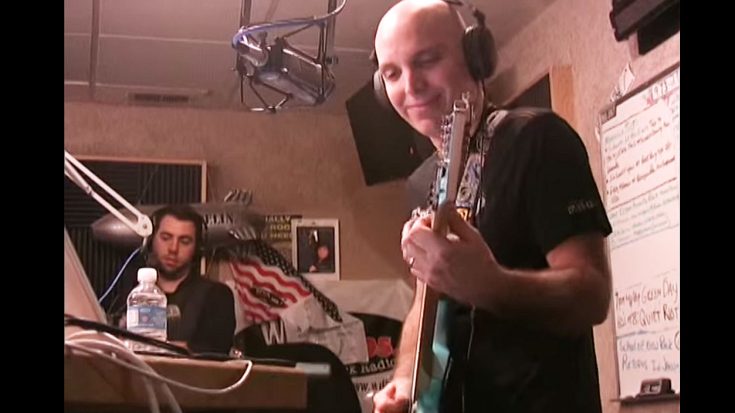 Joe Satriani Amazes Everyone In Sight!

There’s really not a whole lot that I have to say to convince you that Joe Satriani is one of the greatest guitarists in modern history. While other people are off gazing at a guitarist who is all about cheap thrills and meaningless shredding, Joe Satriani is setting the foundation for all guitar players to come. He is already responsible for creating some of the world’s greatest guitar players and for him, the day is young, so who knows who he could create next. Nevertheless, he is unappreciated. But in this video, people can’t help but take notice.

What you’re about to watch is a video in which Joe Satriani is a guest at a radio broadcast. He is asked to play guitar, but as soon as he does, people can’t help but film this amazing spectacle. Joe Satriani is putting on a clinic, here! Don’t believe me? See for yourself!