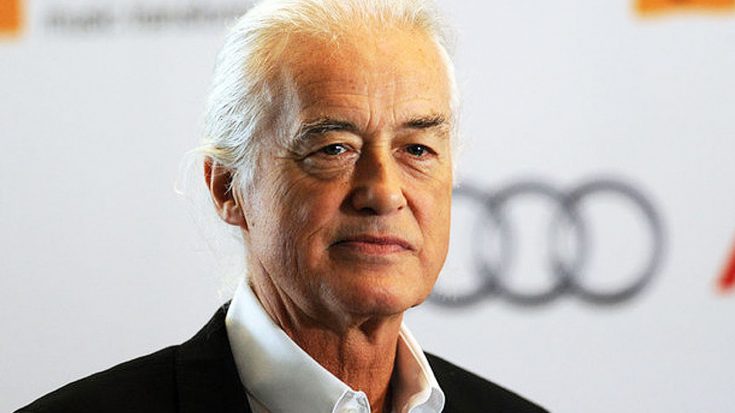 The Rock Legend Speaks The Truth…

As of late, Jimmy Page of the legendary rock band Led Zeppelin has been rather quiet. Fresh off the heels of the infamous Stairway To Heaven case, Jimmy Page and the rest of the band have kept things relatively tame, which is completely understandable. Though the case is over, speculations and rumors will never stop surrounding the rock legends. Though Jimmy Page is no stranger to this, he still needs to address the rumors that surround him, which is what he did.

In a recent interview, Jimmy Page was asked about the rumors that he and Robert Plant will be hitting the road together for an acoustic driven tour. Here is what Jimmy Page had to say.

Jimmy is asked: “Jimmy, would you agree with Robert Plant’s offer to do an all-acoustic set?”

Jimmy’s answer: “That’s coming from a sound bite that is inaccurate. He would have no intention whatsoever of doing it. So I’m not getting into it. People keep giving me these quotes. I don’t follow what he says… all I know is, it’s speaking in volume that we just did that one show. He can say whatever he wants. He can say “Jimmy this, Jimmy that…” I don’t care. I’ve got acoustic songs. Don’t you think I’ve got some new material for what I’m going to do? It’s just spin. It’s spin, and it’s not on. The Robert Plant questions are difficult for me to answer because I’ve had enough of all of this stuff, to be honest. Robert says this, Robert says that. I just don’t want to be presenting soundbites so that it’s like some kind of ping pong match. I’ve had enough. I don’t need it. The only reality of it is that we did one concert. No matter how you dress it up, look at the situation. That’s it.”

So there you have it. Looks like Jimmy Page won’t be partnering with Robert Plant anytime soon, at least not tour-wise. What do you think of this? Are you bummed? Would you like to see them tour together? Let us know in the comments!