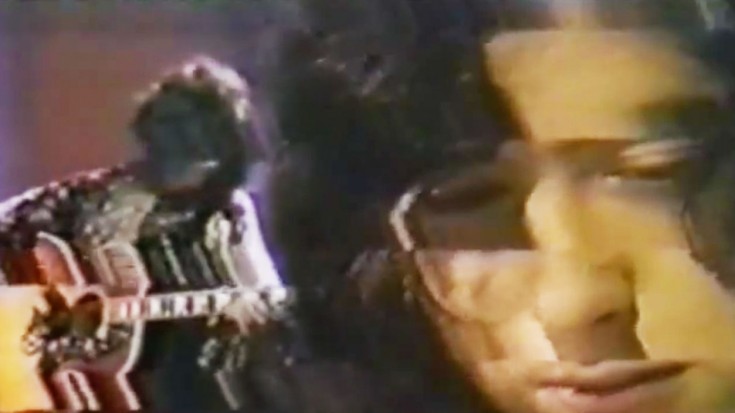 An Influenced Artist and Master

On April 29, 1970, Jimmy Page proved that he was force to be reckoned with not just on the electric guitar, but the acoustic as well. With a brilliant performance on the Julie Felix Show, Jimmy delivered a stunning acoustic version of Zeppelin favorite “White Summer/ Black Mountain Side“ with ease. Granted the quality is a bit shoddy but hearing the way the genius could manipulate his Gibson acoustic makes up for it.

Interesting Fact: Jimmy Page played versions of this song when he was with The Firm, the group he founded with Paul Rogers.

Recorded and released in 1967, “White Summer/ Black Mountain Side” graced the Led Zeppelin Boxed Set in 1990, although it was a fan favorite on tours during the Zeppelin late 60’s- late 70’s era. Page, as well as Zeppelin’s music, found a large amount of inspiration in artist Anne Briggs, “”I wasn’t totally original on that. It had been done in the folk clubs a lot; Annie Briggs was the first one that I heard do that riff,” said Page.

As Page performed the moving instrumental for years, this is one of the very few times he executed it with a Gibson acoustic guitar, as he mainly utilized his 1961 Danelectro 3021 guitar performing with the Yardbirds.