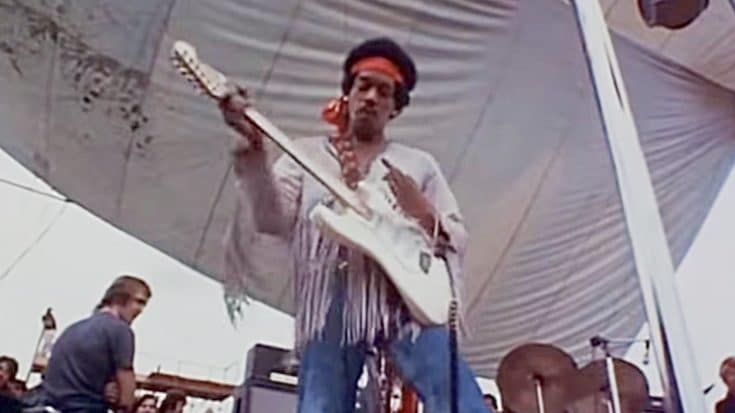 As you may have noticed, Woodstock is making its long-awaited return this coming August. Co-founder Michael Lang promised an ‘eclectic’ bill, and that’s exactly what we’re getting. The lineup includes a variety of old-school artists as well as a slew of newer artists that’ll surely bring a mix of older fans and newer fans.

With that said though, fans are truly up in arms about the lineup. This iteration of Woodstock is not strictly rock & roll, it’s featuring rock, rap, country and everything in between. Fans are a little annoyed, to say the least.

But here’s the thing, we’ll always have the timeless Woodstock 1969 performances to look back on. From Richie Havens improvising “Freedom” to Jimi Hendrix’s iconic “Star Spangled Banner” performance to Carlos Santana tearing it up during his performance of “Soul Sacrifice”, Woodstock ’69 was a masterpiece of a show through and through.

But above all else, it can easily be said that Jimi Hendrix stole the show that day. The proof is in a whole bunch of videos of his time there, but we’ll just show you one.

What you’re about to watch is a video in which the aforementioned Jimi Hendrix takes the stage at Woodstock to perform his iconic hit “Voodoo Child”. As you’ll see he, was on top of his game that day and left the crowd absolutely speechless.

These were the good ‘ol days of music, and you can bet that if he was still alive today, he’d be headlining Woodstock ’19. See for yourself below and let us know what you think!